We are your local Data Centre experts.

Colocation in Tier 3+ Data Centre with easy access to London

Dual 8kW power to your rack

Last week I was at the Fujitsu Service Provider Forum in Munich: It had been over twenty years since I last visited Munich so I was keen to see how the city had changed along with finding out more about Fujitsu and their partnership with Nutanix. Living local to Bracknell where the Fujitsu offices (ex ICL offices) tower over this Thames Valley high tech town meant a visit to Fujitsu was overdue. Fortunately, not only did I get a chance to visit the UK office in Bracknell but I was also invited to join Fujitsu in Munich for their three day European Service Provider Forum. Have to say I was bowled over by the size of the event, the scope of the Fujitsu portfolio from Hardware to Software and everything in between. Along with wanting to find out more about Fujitsu servers (Primergy range) and storage I was also particularly interested to find out more about their partnership with Nutanix. So I sat in on several sessions about Primergy and Nutanix and had a couple of expert sessions with both the Fujitsu and Nutanix engineers and the following is a compilation of what I learned:

Fujitsu optimised Nutanix: Integrated compute, storage, virtualisation, network and security. All wrapped up and presented as unified cloud built by Fujitsu in Germany.

Get your Nutanix hosted here in the UK in our secure, modern, accommodating and helpful M3 data centre

85% of Enterprises rank Hybrid Cloud as their #1 IT model, read the Nutanix Report here

Enterprises continue to rank hybrid cloud as the “ideal” IT operating model. About 85% of respondents agreed or strongly agreed with the statement that “hybrid cloud is the ideal IT model for my organisation.”

Among the reasons indicated are having the flexibility to match the right cloud to each application and use case (cited by 62% as a primary benefit of hybrid cloud) and perceived high levels of security associated with this model (see finding #4).

Hybrid remains far and away the top contender as the ideal model. More than two-thirds (69%) of respondents agreed or strongly agreed that while their organisations would benefit from a hybrid cloud, their current IT vendors didn’t provide the right solutions for building and managing a hybrid environment. [Datanet do…]

These moves underscore, in part, enterprises’ need for hybrid cloud’s flexibility in allowing them to
adapt their infrastructures based on a number of variables—including cost, performance, and security/compliance—that can change over time.

Security is the biggest factor impacting enterprises’ future cloud strategies. Well over half of
2019 respondents (60%) said that the state of intercloud security would have the biggest influence
on their cloud deployment plans going forward. Similarly, data security and compliance represented the top variable in determining where an enterprise runs a given workload (26%), followed by cost, which placed a distant second with 14% of respondents citing it as the top factor.

Get your Nutanix hosted here in the UK in our secure, modern, accommodating and helpful M3 data centre 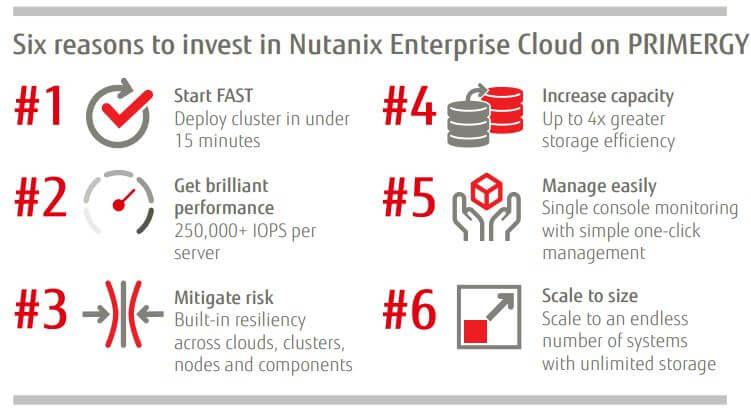 Why choose Datanet to host and look after your Nutanix

To find out more about how Datanet can help, call Jeremy or Conleth on 01252 810010, or email sales@datanet.co.uk or simply fill out the form below and we will be in touch.

The Cloud Hosting Team are ready to help

Would you like to discuss the ease of management, scalability or performance of hyperconverged infrastructure (HCI) or are you looking for pricing?